Let There Be Rain 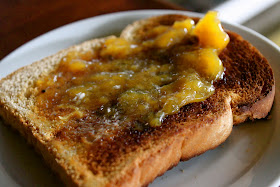 "For after all, the best thing one can do when it's raining is to let it rain."
Henry Wadsworth Longfellow
Evan and I recently attended a beautiful outdoor wedding—where it proceeded to dump buckets of rain the entire time. Guests were clad in rubber rain boots and ponchos, toting umbrellas as their +1. Undeterred, the bride and groom sought refuge from the storm in their devotion. They declared their love as the rest of us stood in admiration, huddled beneath whatever shelter we could find. When I discovered from the officiant that the ceremony was based on a traditional Hindu ceremony, I couldn't help but feel that the rain was a perfect omen. Historically, rain on a wedding day represents a symbol of fertility and health among agricultural societies. Just as rain promotes growth in the farmers' crops, it supposedly foretells the coming of children. While many cultures still perpetuate this belief, I remember reading somewhere that according to Hindus, it's good luck to tie the knot when it's raining because "a wet knot is harder to undo than a dry one."

Even after being completely blown away with the intimate details of the ceremony, what I was really excited about was the reception, and more specifically, the food. Early on I became smitten with the bride and groom's registry. As you know, oftentimes tucked alongside the bride and groom's request for your attendance on their big day is the additional request for a gift. Intended as a means to help the bride and groom get settled in their new life together, sometimes these "suggestions" can be downright demanding (I should know: Evan and I were registered at Williams-Sonoma, Crate and Barrel, and Garnet Hill. Family and friends, will you ever forgive us?). However, when we opened up Jess and Devon's wedding invitation we found no such demands. Instead, guests were asked to contribute something to the potluck which was to immediately follow the ceremony.

In turn, the buffet at the reception was vast and never-ending. The dishes catered to a wide variety of tastes, and perfectly reflected the diverse network of community and friends this couple has surrounded themselves with. As soon as I grabbed a plate and began surveying the possibilities, it became apparent that no caterer on Earth could manage to pull off such a feast. Later, we were asked to transcribe the recipes from our dishes into the guest-book, which eventually became the coolest cookbook imaginable for the bride and groom. We ate pulled pork and wheatberry salad. Chocolate cupcakes, tortilla chips and corn salsa. Black bean enchiladas with quinoa, gluten-free lasagna with pork bolognese, and drunken peanut noodle salad with Asian slaw. Oh, and who could forget the super delicious dinner rolls from Dovetail Bakery? For our contribution Evan and I hauled out the camping stove, and passed around homemade tomato soup and grilled cheese sandwiches. Guests ate at long rows of picnic tables, commenting on each others' cooking prowess, and in full agreement we were in good company. These interactions provided an amazing opportunity for guests to mingle, participate, and contribute to the overall success of the event. I thought it was an ingenious move by the bride and groom, and upon reflection, I feel that we got much more out of their registry than they did. Just another example of the kind of people they are.

As a thank you to our friends for including us on this magical day, Evan and I put together a special breakfast-care package. Part of that care package is what you see slathered on the toast in the photo above. Jess and Devon's wedding gave me a perfect excuse to make jam with the peaches that arrived so late this summer. In an attempt to honor their bright personalities, I wanted to make something unique. The end result was a marvelous Peach Ginger Rose jam (that just so happens to pair very well with salty butter and whole wheat toast).

To Jess, Devon, and Djuna: We were honored to be your witnesses. Celebrating your family comes easy—to say the least.
Ali and Evan at 10:51 AM